A look at D.C.'s disappointing season 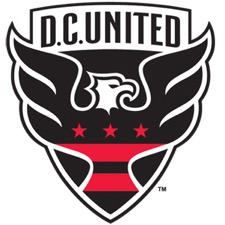 The Major League Soccer season is now well into its latter half, and so far it has not been treating D.C. United very well. United is currently sitting in dead last in the Eastern Conference, with the next closest team, the New England Revolution, coming in a full seven points ahead of them. D.C. has lost 15 of their 25 games this season, otherwise managing to win six and tie four to create a measly 22 points. Although Head Coach Ben Olsen has always been a fan favorite ever since his playing days at the club, there has been a lot of annoyance with him for the team’s performance this year.

Ben Olsen was a player at D.C. United from 1998 to 2009, and then became the Head Coach in the middle of the 2010 season. Olsen has done a lot for the club in his long career there, and the fanbase has developed a strong love for him in that time; however, D.C.’s performance this year is really testing that love.

Even though D.C. has had a horrible season, and there are more than a few fans thinking it is time for a change, Olsen’s job is secure. His contract runs until 2019 and United’s management is pleased with what he has accomplished with one of the smallest budgets in the league in the previous years. They believe Olsen will be able to achieve much more with a greater budget in years to come. D.C. executive Jason Levien said, “If we hadn’t seen the progress the last three or four years, it might be different. We have a lot of confidence in him.”

Despite the disappointing season so far, Olsen remains optimistic. At a time when United was on a six game losing streak, Olsen said to the Washington Post, “We can get out of this. It’s not time to close up shop.” D.C. has faced a lot of challenges and problems this year, but Olsen is not shucking his responsibility. Olsen went on to say, “We need everybody to be playing at their best, and ultimately, that’s on me. I’ve got to get these guys to play at their best. I’m part of this equation. I’m not scapegoating the players.”

United has seen a slight improvement in form in August. Managing to tie Toronto F.C., the current leaders of the M.L.S., 1-1 on August 5. Then on August 19, D.C. finally managed to get their first win since June 21, edging out the Colorado Rapids 1-0. It seems to be a case of too little, too late though as it is highly unlikely that D.C. will be able to make the playoffs this year. Even still, D.C. will want to make the most of the games they have left and look to start building momentum for the 2018 season.