A look into the club and what they do 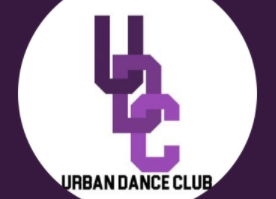 Last year the students of Battlefield High School had the weekly announcement of, “come out to the Urban Dance club!” beaten into our heads before the club made it’s pep rally debut. During their first performance, the club outstandingly changed many students opinions about urban dance, as their performance quickly became the highlight of the rally.

According to the club’s website, “The Urban Dance Club is the link between students like you who appreciate dance as an art form and a positive forum of expression. We aren’t just a community of experienced dancers though, so don’t feel intimidated if you are new to dance!” Battlefields Urban Dance Club has coined themselves as an inclusive way to freely dance in an environment filled with dancers of all levels. Therefore, most days will be actual dance lessons led by leaders within the club while others will be put aside for simply admiring the art itself. Goals of the club include overall growth in skill, preparing original choreography for not only pep rallies, but also international night and a county-wide dance competition.

The clubs founder, graduate Jed Osei speaks about the club saying, “I decided to make the club because my best friends and I wanted an established place where we could dance without getting in trouble. I hoped more people at school would get interested in learning how do dance!” He credits the key performance of their club to “hype built around the club,” and people in the club spreading the word that people should, “look out for the urban dance club at the pep rally.” Though Osei is now attending college at Virginia Tech, he states that the dynamic within the club is one of “family and growth”. Osei says that the club just, “wanted to come out and perform while creating a dancing community in Northern VA.”

One club member, Senior Zachary Legall-Brickey, also commented on the original success of the club by stating that the schools initial reaction to the clubs performance was unexpected, while dancing they were even, “unable to hear the music” due to crowd cheering. Legall-Brickey believes this was a result of anticipation from the crowd about seeing what the club could do. He speaks about skill within the club by saying, “we’ve definitely grown as dancers and performers. For a lot of the kids last year it was their first ever performance so it was definitely a learning experience for them. It also was a good performance for us to self-reflect and become better dancers and understand how our bodies move.” He completes his statement about the club by referring to them as a “second family” and saying, “We’re always there for each other. Being a teacher and choreographer for them, I understand that at the end of the day we’re kids and not professionals. I always ask them if they’re feeling okay because their specific needs outweigh my own personal agenda. Everyone calls me a ‘Den Mom’ and I totally agree with them because they’re my kids and my family! My wish is for them to be amazing dancers, even more amazing people, and great models for other dancers in the future.”

In general, the club has had amazing crowd responses to all performances so far, is continuing to work on their dance techniques, and is quickly growing in popularity at rallies and among their peers. Battlefield’s Urban Dance Club has been and will remain an open forum for dancers of all skillsets and will continue to accept new members at all levels.