Why they sell better than Boy Scout popcorn 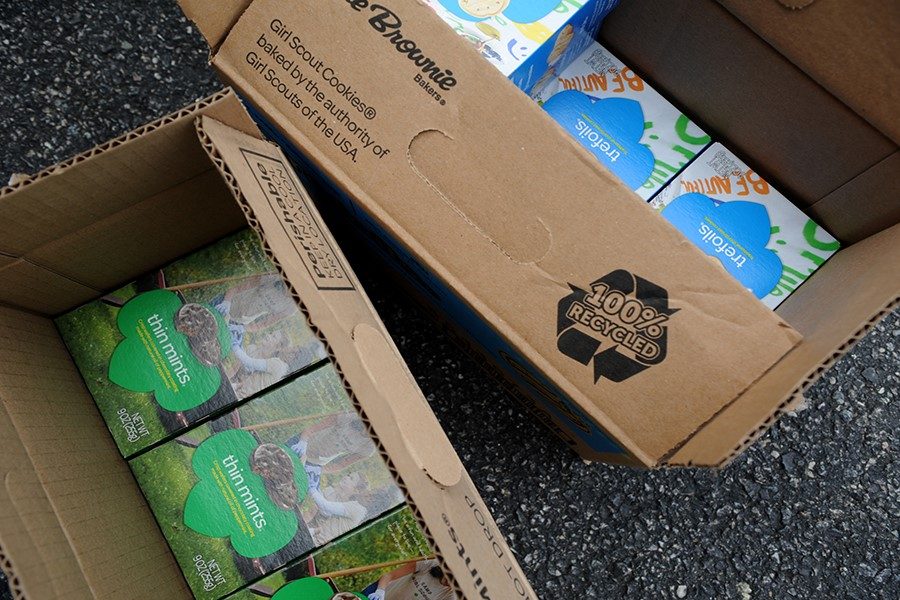 Image courtesy of Dover Air Force Base via Creative Commons

Girl Scout cookies have been a staple of American life since 1917. Since then, they have become a cookie empire- selling about 200 million boxes of cookies a year and earning $800 million each cookie season. Girl Scout cookies have become an American favorite in houses all across the nation. Boy Scout popcorn, on the other hand, is a different story. Many families are reluctant to purchase boy scout popcorn, but will buy a box of Thin Mints or Samoas without thinking twice. Different techniques and marketing have attributed to the success of the Girl Scout cookie empire.

A blogger named Robert Moore, aka “Popcorn Guy”, has a blog and Facebook page dedicated to popcorn and the Boy Scouts. He calls himself an expert in selling Boy Scout Popcorn, a current Eagle Scout, and a volunteer. He may be a professional popcorn man, but he understands how difficult it is to sell the Boy Scout’s popcorn. Popcorn Guy says, “The main reason for the popcorn sale being hard to manage is because Units make the mistake of putting all of the responsibility on one person, the Popcorn Kernel.” The Popcorn Kernel is in reference to a scout leader or scout parent that is in charge of popcorn sales.

A reason for cookie selling success in the Girl Scouts is the management of cookie sales. Rather than the fundraising duties be put on one person (or on one kernel), girl scout units distribute the work between themselves. The girls decide how much they want to sell and where they want to sell them together as a troop. The Girl Scouts of USA also provide a digital cookie store and a cookie booth finder app to maximize cookie sales of local troops.

Sophomore Abby McQuillan has been a fan of girl scout cookies for as long as she can remember. Although she is very familiar with the Boy Scouts, McQuillan was not aware that Boy Scout popcorn exists. She says, “Boy Scouts does a terrible job of advertising and letting people know of fundraising opportunities in the community. Most people, myself included, do not know when they sell popcorn and who to go to if someone wants to buy some.” Girl Scouts go door to door during cookie season and set up stands outside of grocery stores and restaurants. Parents’ Facebook explode with comments about their daughter’s or their friends’ daughters’ cookie stands and cookie opportunities.

Junior Jacob Westerfield has been a Boy Scout since he was young. His favorite Boy Scout activity is camping and he believes that he has learned life skills working with the Boy Scouts. Westerfield says, “The Boy Scouts are a great organization for boys like myself. Fundraising through the sale of popcorn and other goodies is not great. The only scouts that actively sell popcorn are the younger kids, and they do not know how to sell anything.” Only younger Boy Scouts participate in the popcorn sale, while girl scouts sell their cookies until they graduate out of the program.

Regardless of how many boxes of cookies or popcorn sell, the Boy Scouts and Girl Scouts have a positive impact on the community and shape the lives of many American children.