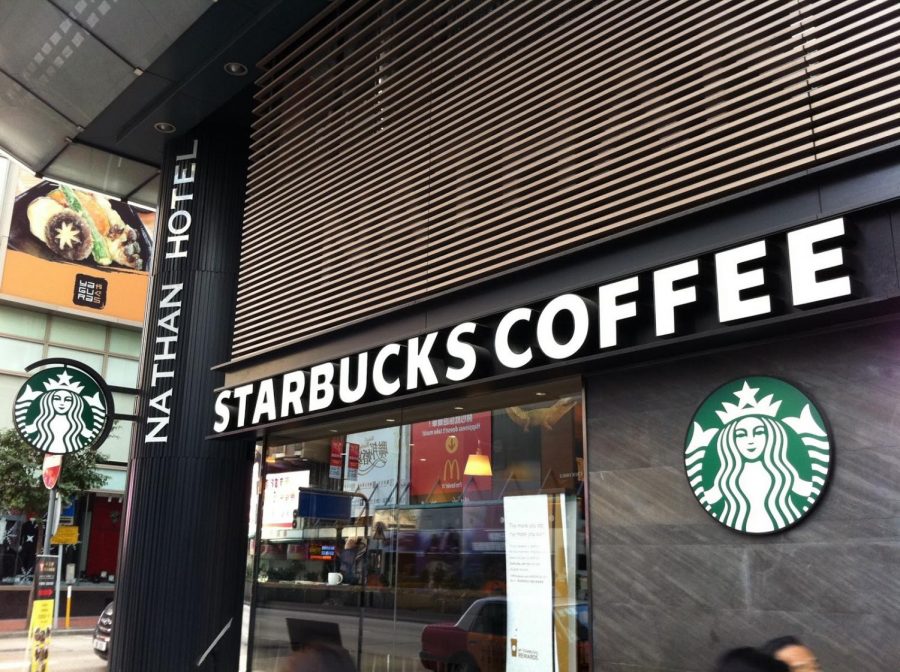 A Starbucks stands amongst the turbulent debate over whether the company committed an act of racial injustice. (Photo courtesy of Google Images via Creative Commons)

What started as a viral video has turned into a massive controversy over the popular coffee company Starbucks. On April 12, 2018, two black men were arrested in a Philadelphia Starbucks for alleged “disturbance and trespassing” after requesting to use the bathroom without purchasing anything, according to NPR. The video of the arrest, first posted on Twitter by Melissa DePino, confirms that the two men were not causing any sort of scene, but rather were sitting inside the location talking.

The Philadelphia police commissioner Richard Ross claimed that the men refused to leave after being asked 3 times in a video statement after the incident, saying that he believes his officers did nothing wrong. “[The police officers] followed policy, they did what they were supposed to do, they were professional in all their dealings with these gentlemen and instead, they got the opposite back. I will say that as an African American man, I am very aware of implicit bias. We are committed to fair and unbiased policing and anything less than that will not be tolerated in this department,” he told the camera. Those in support of the officers in this situation believe that the officers did what they were trained to do.

This controversy has caused several calls for a boycott against the brand, citing the fact that most people believe this was an incident caused by racial profiling. Avid Starbucks drinkers find themselves in quite the predicament. Junior Kathleen Dwyer says, “They weren’t causing a disruption, and they were only there for a few minutes. I feel like it was completely unnecessary and the whole point of Starbucks is that [it is a place] to relax.” Many people like Dwyer voice the same opinion, and believe that Starbucks is a meeting place.

While this was an event at just one store, due to the fact that Starbucks is a massive chain, workers at other locations are worried for their job security and about the ethics of their employer. Senior Lauren Sloss, a student employed at a local Starbucks, says, “As an employee I don’t know if my benefits or wages will be affected by any sort of boycotting because of decreased profits. I do know that all Starbucks are shutting down on May 29 for diversity training.” Starbucks is attempting to remedy the situation by holding these trainings nationwide.

Due to the outrage voiced on social media, many other business have taken a step back and re-evaluated their policies. Starbucks has always been a place for people to relax and a majority of Starbucks allow loitering. Hopefully after the training on May 29, employees will be more prepared on how to handle situations like these in the future.