Saving the turtles one straw at a time 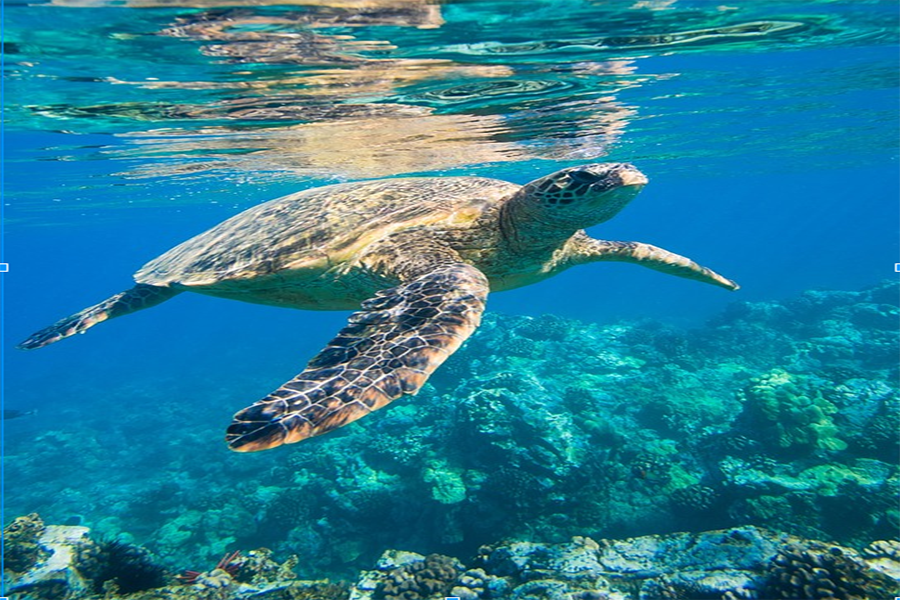 Customers go to restaurants everyday, order a drink, and take a sip from a straw without even being aware of the harm they are contributing to. According to the Ocean Conservancy, the average person uses 1.6 straws per day. There are roughly 325.7 million people in the United States, meaning the average amount of straws used per day in the United States is over 521.1 million. Straws are made of plastic, meaning they never fully biodegrade and they can not be recycled. This leaves millions of straws in the environment to negatively impact the environment and animals, especially sea turtles.

Straws are items that are only used once and then disposed of and not even given a second thought. It is unimaginable to think something as small as a straw could cause a huge difference, however its compact size makes it easy to slide into small spaces or hurt marine animals without being noticed. According to the 1 Million Women website, “Recently a team of scientists in Costa Rica came across an endangered species of sea turtle with what they thought was a parasitic worm blocking its airway. They realized it was actually a plastic straw. Hours from veterinary help, the scientists successfully dislodged the straw themselves and released the turtle back into the ocean.” The website even includes a video of the turtle having the straw removed from its nostril. This video is the reality of what happens when plastic products and pollution find its way to the ocean.

A fairly new product has been created in hopes to be beneficial for the awareness of reducing plastic pollution. It is called the Final Straw, a collapsible, reusable straw made of stainless steel. Their company states, “Finalstraw’s mission is to reduce plastic straw use by giving people a convenient, collapsible, reusable alternative.” Emma Rose Cohen and Miles Pepper, founders of the company, came together with the big idea in October 2017 and then quickly started a global movement with the launch of their product. The Final Straw is available for pre-order now and is expected to deliver starting in November, kick starting the discontinuation of plastic straw use.

Battlefield High School offers an AP Environmental Science class for upperclassmen to take. This course serves as a learning tool for students and to raise awareness to environmental issues. Junior Morgan Murphy is a student in this class and has learned of the detrimental effects pollution and human waste has on the environment. She says, “I did not realize how negatively humans affect the environment and contribute to the causation of these global issues. This class has really helped me understand why so many people are concerned about the environments health and work to find new solutions everyday.” She recommends that students take this class in order to learn more about environmental protection efforts.

This has become an increasingly ignored issue, however it is finally getting some recognition. Environmentalists and people such as ,Emma Rose Cohen and Miles Pepper, have taken initiative by spreading the word of the straws toxicity and their solution to this matter.