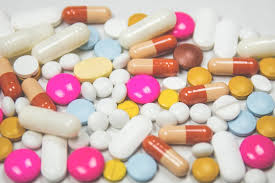 A recent study by a branch of the United States Food and Drug Administration (FDA) revealed that an unsettling number of dietary supplements sold between 2007 and 2016 contained unapproved drug ingredients. Distributors like Healthy People Co. and Midwest Wholesale were exposed for having sold nearly 800 different supplements infused with illegal additives, many of which have been known to cause adverse health effects in consumers.

According to The Journal of the American Medical Association (JAMA), more than 20% of dietary supplements sold over the counter within the nine-year period between 2007 and 2016 were found to contain more than one unapproved pharmaceutical ingredient. 776 total investigated products were discontinued due to the illicit adulterants present in their medications. Among these were a variety of synthetic steroids and weight loss supplements, which were made with an illegal appetite suppressant known as sibutramine. Many drugs marketed for enhancing sexual performance contained the stimulant sildenafil, the active ingredient in Viagra, which is available only by prescription.

These findings have been unsettling not only to those who purchased the contaminated products, but to the general public. The clear lack of regulation of these brands by the government has given U.S. citizens a sense of vulnerability in the face of these potential health threats. Many people have cited their fear that the products they purchase and consume may be home to illegal, harmful substances.

“These products have the potential to cause severe adverse health effects owing to accidental misuse, overuse, or interaction with other medications, underlying health conditions, or other drugs within the same dietary supplement,” wrote Madhur Kumar, a member of the California Department of Public Health Food and Drug Branch and the primary author of the study. This risk is especially prevalent because both sibutramine and sildenafil have been known to cause irregular heart rhythms and even heart attacks in consumers, as well as a long list of other negative side effects like hallucinations, dizziness, and hearing loss. Sibutramine was marked as an unsafe ingredient and removed from shelves in 2010 due to its effects, and sildenafil is available only as a  prescription, rather than over the counter.

In an email, FDA Spokesperson Lindsay Haake wrote, “the agency’s primary objective is to mitigate any risk posed to public health by informing consumers about any dangers associated with the product(s) and to work to remove it from the market as soon as possible.” This is important because the FDA may have trouble taking down such products, as only 48% of those noted in the study were recalled, although they were marked in the FDA’s Tainted Supplements List. The FDA’s loose grip on the regulation of unapproved ingredients has been a big factor in many people’s lack trust and feeling of insecurity when making a purchase.

When asked how she would feel finding out that a product she had purchased and assumed to be safe was infused with illegal ingredients, Battlefield Junior Hailey Biancaniello said, “I have no idea how I would feel, I would probably sue.” The outrage of many consumers is understandable, given that a large number of people feel that their safety has been compromised. The FDA’s failure to process the number of products containing unapproved ingredients has left many potential buyers torn, and has raised suspicion on whether many of the things that we co