A hero gone too soon 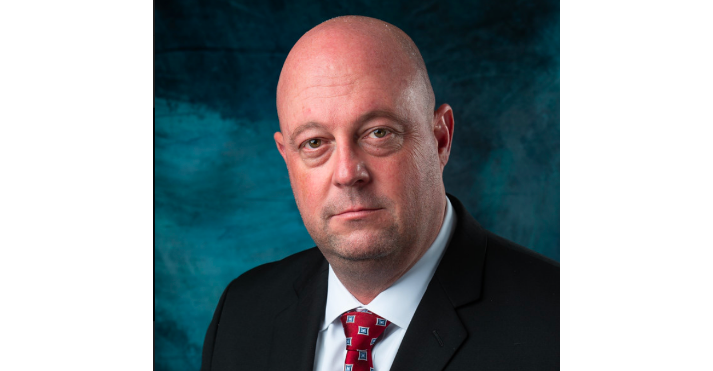 A photo of E.J. Kelly. Photo from private library.

On December 17, 2018, E.J Kelly, a 23 year veteran of the Virginia State Police Force, died unexpectedly in his home. At age 49, E.J. passed away in his sleep leaving his astounding legacy with his family and friends. As a police officer and frequent participant in the local Haymarket community, E.J. Kelly touched people from all over, related or unrelated to his field of work. Not only was he a compassionate man, but also an accomplished one.

It was easy to conclude that E.J. was destined for greatness from a young age due to his upbringing. Although he was born in Falls Church Virginia on September 10, 1969, he spent much of his childhood living overseas as the son of a highly-regarded foreign service officer. Moving every two years to a new foreign country, E.J. learned to brave any new situation that came his way.

At his funeral service on January 3, his younger brother Kevin Kelly explained, “A police officer was the perfect job for E.J. During the time we lived in Athens, the Greeks were not exactly fond of the American children, so fights between the two groups were not uncommon.” His younger brother then smiled as he recalled, “I was never a big kid. I was scrawny and my only defense was my speed. Although anytime I managed to cause issues with the other kids, E.J. was there to protect me without even asking what I did, and he probably should have asked.” From many experiences like these, it could be seen even long ago that E.J. would go into a field of protection, as he had no tolerance for bullies.

Later in life, E.J. honed his athletic talents while playing college football for Kent State University. He even received an assistant coaching position as he finished his degree and eventually graduated in 1993. Following his graduation, his obituary states that, “EJ worked briefly for the International Association of Chiefs of Police (IACP), the Arlington Police Department, and the Federal Bureau of Prisons before deciding to apply to the Virginia State Police Academy.” Three years later, E.J. was the honor graduate and graduated first in his class at the academy. He then began his, what would be 23 year, career with the Virginia State Police Force.

Throughout his career E.J. received a total of 24 awards and medals, making him the most decorated officer in Virginia history. One of the most notable honors being his naming as the 2018 Trooper of the Year for the Northern Atlantic Region for his work taking down one of the largest drug trafficking organizations functioning in the U.S. E.J. firmly believed in supporting the end of drug trafficking and stopping the damage it does to families and individuals within communities.

In an interview about his receiving of the award, Lieutenant Colonel Gary T. Settle, Superintendent of the Virginia State Police, says, “E.J. is the real deal. He is dedicated and he has such a tenacity about him that just comes easy to him. It is contagious too, from the standpoint of our younger agents coming into the Bureau of Criminal Investigation.” So many individuals were grateful for his work on this particular case.  So grateful in fact, that even the Head of National Security for Honduras presented E.J’s family with the Honduran flag at his funeral. The Head of National Security personally thanked his family for E.J’s work that ultimately saved his own life and many others within the country.

Although his accomplishments within his career are overwhelming, E.J.’s mother, Virginia Kelly, made a heartwarming comment at his funeral saying, “E.J.’s real greatest accomplishment in life was his marriage to his wife, Katie Kelly, and his two children, Mckenna and Patrick Kelly. More than anything else, E.J. loved being a father to his two wonderful kids.” For anybody interested in helping, the Kelly family asks that you donate to E.J’s favorite charity, the Virginia State Police Association Emergency Relief Fund, rather than sending flowers. E.J. was truly a hero to Virginia’s communities and will be forever missed by many.