The young vote: its importance and influence 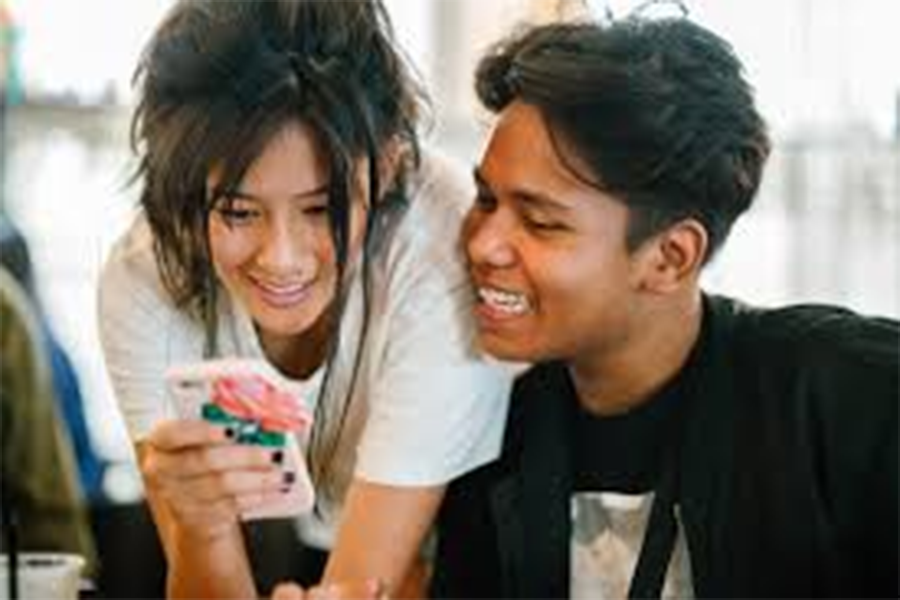 Two teens looking at a phone. Technology and peers are both ways that young people are influenced. Photo courtesy of PxHere via Creative Commons

With each day comes more headlines to read and more stories to take in. It is imperative for everyone to be aware of events happening locally and globally. Young adults eventually become members of society, and part of being an active and beneficial member of society is voting because it gives one the opportunity to change political situations in this country. Especially recently, older generations have been urging and calling on the younger and emerging voters to do their part and take a trip to the polls on voting days, whether that be for something major or minor. The act of voting itself is quite simple, but making the correct choices at the polls is not as straightforward.

It is believed by some that the majority of the time, teenagers have political opinions that align with their parents’ views. An article on Knight Errant, a student news site based in St. Louis Park Minnesota written by Lorenzo Cerda, argues that this used to be true. However, technology has brought a new way for younger people to have access to information besides what they learn in the home or what they hear by those around them. Cerda writes, “they spent a majority of time with their parents growing up and had little exposure to external sources; however, technology is an integral part of the next generation’s development and has significant influence over the opinions of adolescents,” about the change technology has made for young people. His opinion takes into consideration something huge that has a widespread reach now, but did not always exist: technology.

Although people falling in the younger generations may not be at the age of voting now, in the matter of a couple years they will have that right and responsibility to do so. The Best Colleges lists nine reasons why young voters are extremely important. The following is pulled from the introduction, “Key issues in every election increasingly relate to the concerns of students and professionals between the ages of 18 and 29, making it essential for members within that age group to educate themselves on political issues and take to the polls.” With that being said, the more youthful citizens should seemingly care the most. However, this is not the case always and younger people feel as if issues do not concern them because they are young, but even though they are not the ones voting themselves, they are indirectly affected by the decisions voters conclude.

Parents do have a huge effect on the thoughts of their children, but internet influencers do as well. Alizeh Murtaza, a sophomore at Battlefield High School, says, “(people) can actually see what is happening out in the world, and celebrities that they like might be advocating for certain things and have a certain political stance that might sway someone’s mind,” about technology and media’s impact on teens’ opinions. Teens are increasingly dependent on technology, so it should not be a surprise that it is their main outlet for information and news. Being able to distinguish what is substantial and insubstantial is an important skill to have when formulating one’s opinion.

There are many external influences in everyday life including peers, elders, online profiles, and more. Voting gives everyday people the most power they will ever have to shape their own future, so it should be a no-brainer to vote and to do a good job preparing for it.