The alliance of the silence

How reciting The Pledge of Allegiance in school has gone silent 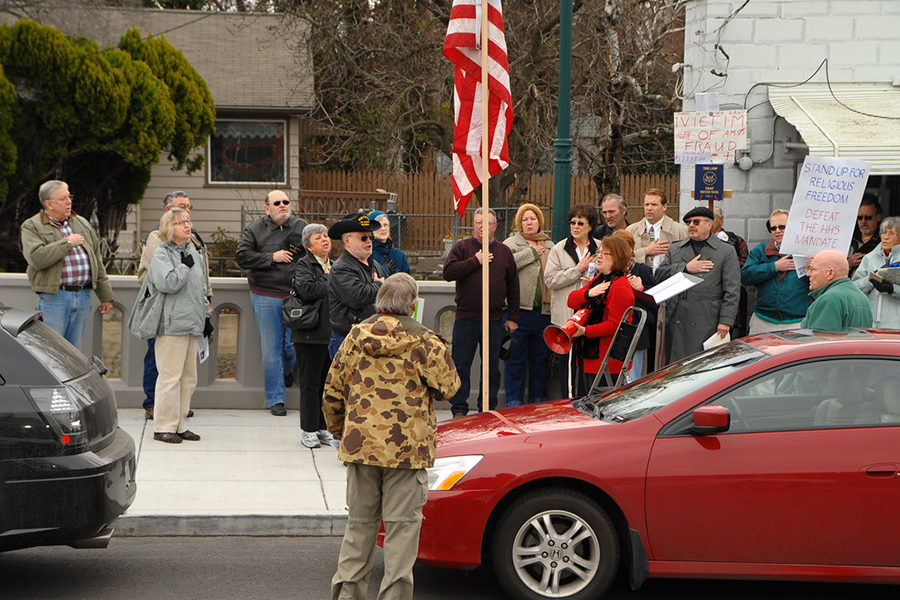 For Bobcats, saying The Pledge of Allegiance has been a part of their morning routine at school for as long as they can remember. It is second nature to them that when they hear those morning announcements come on, the pledge will follow. When students were taught the pledge when they were younger, they never really contemplated what it all entails. It seems like such a simple and mundane thing, but these days reciting The Pledge of Allegiance has become a controversial issue in schools.

At BHS, when the morning announcements tell students to stand for the pledge, Bobcats either do one of three acts. Some stand up and recite the pledge out loud, while others stay seated for their own personal reasons. After observing many morning classrooms, the third option seems to capture the majority of students. These Bobcats stand up with everyone else, but then they just stand there, silent. They stare at the flag and wait patiently for it to be over.

This may not be applicable to every single class at Battlefield, but after observing countless morning classes where the pledge is announced, this practice seems to play. Sophia Caron, a junior at BHS, shares, “I always stand but I only speak when I can hear others speaking. Every time the pledge comes on I feel the urge to say it but I usually do not. Then I feel sorta guilty, but I feel awkward being the only one speaking.” A lot of students are not aware of this change that has happened with the pledge. It almost seems normal for the classroom to be silent when the pledge is occurring.

To break this down, there could be a variety of reasons why students stay silent. It could be because they hear nobody else reciting the pledge, and do not want to be the only one heard. They hear none of their other classmates saying the pledge out loud, so they conform to the norm and keep quiet. Another reason that students do not say the pledge could stem from a lack of energy, that it is so early in the morning, standing up is all students could manage. For some though, it is a political statement, such as junior Alejandro Molina, “It is because of our disappointment in our current administration in the White House, and our legislation. It is the only way we can sort of show what we are thinking since we cannot vote.”

Nowadays many schools are asking themselves the same question if the Pledge of Allegiance should be required to their students. It seems to be that a lot of Americans feel that the country is turning into something they do not want to be a part of. Senior Sarah Gates shares that “People do it to make a statement that something has to change. They have an issue that exists in the country that they are passionate about and standing for the pledge when they feel justice is not around just does not feel right.” So next time, try observing the morning classes of Battlefield and take note of the different ways everyone reacts to The Pledge of Allegiance.