The rise of teenage protesters

How youth objectors from around the world are making a difference 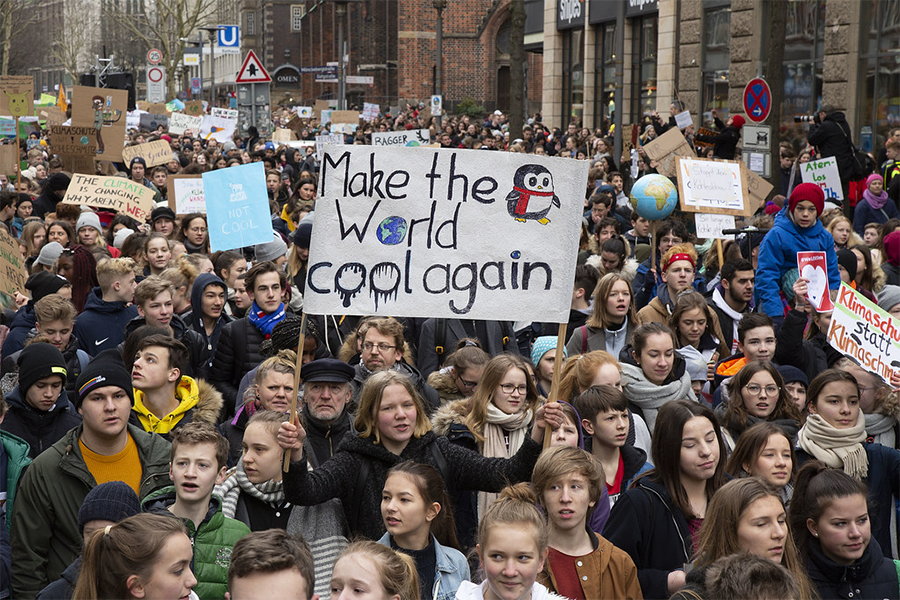 Every day, students across the world support causes that seek to improve their local communities. Whether by volunteering, donating supplies, or even just speaking out, small actions of students can make a big difference on a local scale. Recently, however, some teenagers are going beyond their local community to make a difference in the world around them. While adults run the news and politics, sometimes taking it too far in their criticism of the young protesters of our generation, many students are quickly taking the lead by organizing movements, delivering speeches, and fighting for their rights.

In the United States, the growing youth involvement is best seen in the students behind March for Our Lives, an organization that held “the largest single day of protest against gun violence in history,” according to their website. The movement was tragically started when a teen gunman opened fire in Marjory Stoneman Douglas High School, killing 17 students and teachers trapped in the building. In the aftermath, survivors planned for the march with hopes of restricting gun rights in the United States so that the deaths at Parkland would not be repeated.

The most prominent example of teenage protesters in recent news is that of Greta Thunberg, a 16-year-old from Sweden who has been striking against climate change for years. Despite being attacked for her young age, her Asperger syndrome, and of her emotional speeches, Thunberg has been a primary advocate for the climate change movement, even speaking before the UN Climate Summit in New York City earlier this month, says the BBC. In her speech at the summit, she “accused world leaders of ‘stealing my dreams and my childhood,’ and warned them that “’the eyes of all future generations are upon you. And, if you choose to fail us, I say: ‘We will never forgive you.’” These fiery responses have earned her both the scorn and support of world leaders, cementing her position as a keystone member of the climate change debate.

Senior Maddy Henderson, who took AP Environmental Science last year, says, “I started following [Greta Thurnberg] after Mrs. Carney showed us a video of her speaking about the climate change issue. I think what she has been able to accomplish already at such a young age is really incredible and she is definitely making a huge impact!”

Finally, not all students can speak publicly for the movements they are a part of. Hong Kong is currently in the middle of a nearly 5-month protest against the intrusion of the Chinese government in its regional autonomy and civil liberties, sparked by the introduction of the Fugitive Offenders amendment bill. According to the BBC, “Opponents said [this bill] risked exposing Hong Kongers to unfair trials and violent treatment. They also argued the bill would give China greater influence over Hong Kong and could be used to target activists and journalists.”

The most notable protests led by students in Hong Kong are the human chains that stretch across the region, a callback to the Baltic Way human chains that, “precipitated the independence of the Baltic states from the USSR three decades ago,” says Quartz. The most recent chain was on September 9, formed by youth objectors, who were clad in masks to protect their identities, from over 200 different primary schools in the area following an attack on a student protester by police over the weekend. More than 1,300 people have been arrested since the protests started in mid-June, the youngest of whom was only 12-years-old when arrested after violence flared up during anti-government demonstrations in August.