Young people fighting for their futures 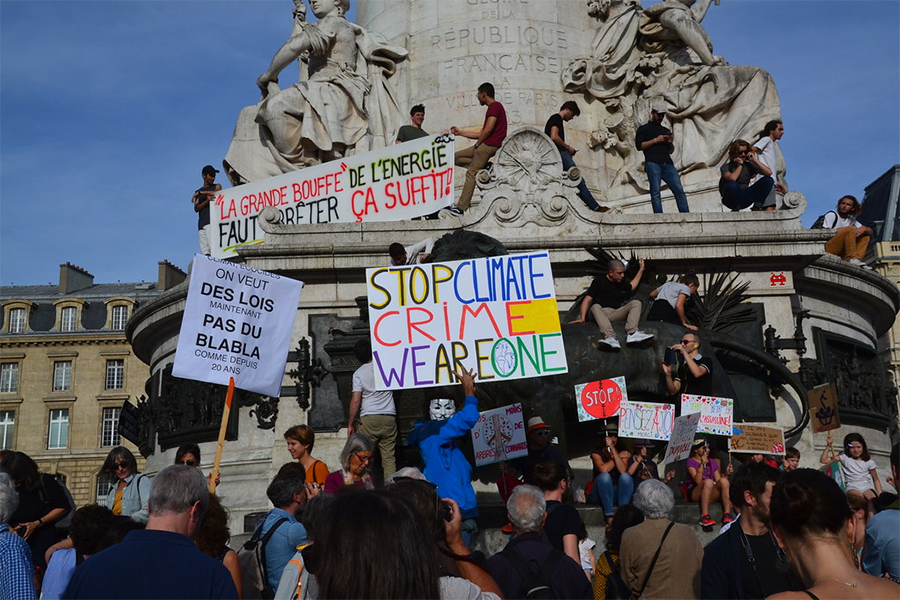 As the conversation of climate change has spread, young people around the world have begun filling the streets to demand action to protect their future. They hold signs that state things such as “Climate emergency now” and “You had a future and so should we” to spread awareness of the need for action by world leaders to make the changes necessary to stop the world from getting hotter.

Scientific evidence shows that climate change is already affecting the environment in a detrimental way. The Center for Climate and Energy Solutions states that climate change is, “ …caused in large part by human activity, and it will have many serious and potentially damaging effects in the decades ahead.” It is said that the major cause is greenhouse gasses, the main one being carbon dioxide, that are caused by many man-made sources. Two huge effects of climate change are rising sea levels and very severe weather.

This information has caused a widespread panic around the globe, influencing many young people to get involved. They have begun hosting global climate strikes in major cities to help spread awareness. Over the past few months they have been seen marching through the streets and will continue to lead these protests until action is taken by the world’s political leaders.

The demand for government intervention to stop climate change stems from the larger issues that normal citizens can not help with. Deforestation and the burning of fossil fuels are two major problems that have added to the overwhelming climate change. Both of those things are in control of the government and large corporations. The goal of the protests is to reduce these situations and find other ways to combat them.

Greta Thunberg is a Swedish environmental activist, who at the age of 16, has become the face of the climate change protests. She spoke in a TED talk stating, “What we do or don’t do right now, me and my generation can’t undo in the future.” She is referring to the greenhouse gasses already trapped in the atmosphere, and the need to act before more damage is done.

Protests are not the only method young people are using to start a conversation about climate change. Students are finding other ways to get their ideas out both locally, and in school.

Eliza Mahmood, an active member of the Environmental Club at Battlefield states, “We try to encourage everyone in our club to wear red on Fridays so that if someone asks why we are all wearing red it brings up the discussion of climate change.” Small things like this help spread awareness to students who may have not known about climate change and what they can do to help.

The climate change protests will continue to happen until government leaders enforce a change that will help the planet. Until then, young people around the world will keep hoping for a bright and safe future.