The reign of Tom Brady

Will he retire or come back even stronger? 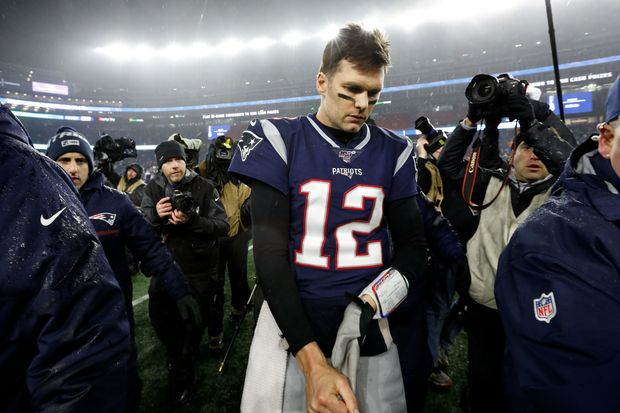 Anyone familiar with football knows who Tom Brady is. Tom Brady is one of the most infamous football players in the history of the National Football League (NFL). Brady currently holds at least 54 NFL records. Some of which include most career wins by a starting quarterback, most wins by an NFL player, and most division titles by a starting quarterback. It is no question that Brady is and has been an amazing quarterback, but when will he call it quits? He began in the NFL at age 22 and is currently 42 years old. Twenty years of playing professional football can take a mental and physical toll on a person, so many have begun to question whether it is time for him to retire.

Talk of Brady retiring first began when he signed a contract that voids in March to allow him to become a free agent. The idea of Brady leaving the Patriots became even more real once the Patriots lost in the wild card game against the Tennessee Titans. Patriot fans were seen holding banners and signs at the game that read, “Please stay Mr. Brady” and other phrases like these. Fans fear that Brady will sign a contract with another NFL team, but others believe that he is going to be done for good. Senior Kyle Dodd says, “I think he should retire because if he continues to play, and not win, it only hurts his legacy as a player.” Not only is Brady risking the legacy of his career, but also his health. At his age, taking hit after hit is not the best for his physical or mental health; it is not good for players no matter the age.

As Dodd said, the main reason that many people think Brady should retire is because of the trail of victories he has left. Senior Zac Salazar agrees with Dodd by saying, “I think he should retire because he isn’t performing how he should and I think retiring will help his legacy.” It is better to leave while he is at the peak of his career rather than retire when he is not playing as well as he once did.

The final decision on whether Tom Brady will stay or leave could be revealed as late as March 18th when the new season officially starts. So fans could be waiting anxiously for at least two and a half more months. Brady has not touched much on this topic when people ask him, but recently on the Greg Hill show, Brady stated, “Football at this point is all borrowed time. I never expected to play 20 years, and I am playing on a great team, and it’s just been an incredible 20 years of my life.” This leads the public to believe that he will be retiring soon, but they will all just have to wait to hear it officially from Mr. Brady.