The internet’s new obsession over the Star Wars phenomenon 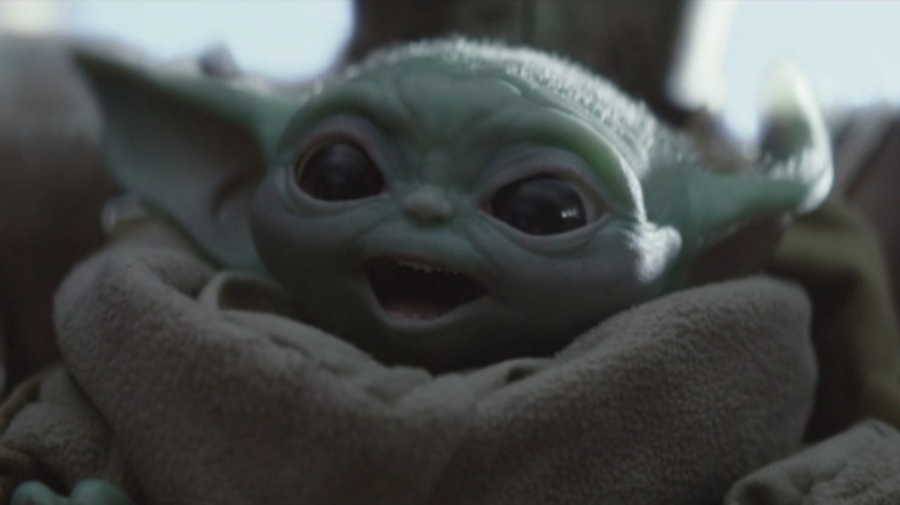 “Baby Yoda” from episode 8 of The Mandalorian. Photo courtesy of Comicbook.com.

Recently, the people of the internet have become obsessed with one of Hollywood’s smallest creatures: “The Child” from Disney +’s The Mandalorian, or better known as “Baby Yoda.” Ever since the premiere episode of the show, both Star Wars fans and non-Star Wars fans alike came to fall in love with the character instantly. The figure has taken over the internet, with thousands of Baby Yoda memes and artwork being made of the character, with the explosive hashtags #BabyYoda and #TheMandolorian. Twitter user Matt (@mattneuhausen) put it perfectly: “Dear Eight Pound, Six Ounce, Newborn (maybe 50 years old) Baby Yoda, don’t even know a word yet, just a little infant, so cuddly, but still omnipotent. We’d just like to thank you for all the joy you brought with your appearance in #TheMandalorian.” Matt’s sentiment of the character is a greatly accurate expression of how and why the internet has come to love such a tiny, green, and perhaps even adorable looking character.

The director of the series, Jon Favreau, is not upset about the character’s fame, but is about its made-up nickname, however. Officially named “The Child” or “The Asset,” Favreau is very clear that Yoda and The Child are not the same, as many have incorrectly thought. Favreau explained in an interview with USA Today that “There’s no name for the Yoda species. [Baby Yoda is] the easiest, shortest, most hashtagable way to identify that character, which is identified in the episode as ‘The Child.’ “CEO of Disney Enterprises Bob Iger even reported that Favreau gave him a harsh word when Iger called the child Baby Yoda himself.

Unsurprisingly, the trend has spread to Battlefield. Senior Jackson Tirrell, an avid Star Wars fan, states, “I like baby Yoda because it’s a very cool character who can help show more of Yoda’s species which is yet to be explored.” Hopefully, fans will discover more about the character during season 2, coming fall 2020.

Sam Tolar, also a senior, explained that Baby Yoda has “the cuteness of both an old man and a young baby,” and that “He’s seemingly helpless and all I want to do is care for him, but at the same time, he cares for you.” She also believes that Baby Yoda is very “pure” and that anyone who dislikes the character, she distrusts.

With all of its widespread success, hopefully, the character will make an even better appearance during the show next season. The whole internet cannot wait!