Notes on the NFL Draft

A brief look at the top five draft prospects 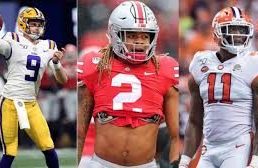 On January 13, Joe Burrow led the LSU Tigers to a victory over the Clemson Tigers 42-25, breaking Clemson’s 29-game winning streak and bringing the 150th season of FBS college football to a close. Now, with the NFL’s centennial season having ended with the AFC’s Kansas City Chiefs defeating the NFC’s San Francisco 49ers in Super Bowl LIV at Hard Rock Stadium in Miami, one can now look ahead to what comes after that: the 2020 NFL Draft. The Draft will be held in Paradise, Nevada, home of the Las Vegas Raiders, from April 23 to April 25. Though the Draft has 255 total selections in seven rounds, many have been keeping an eye on the top five NFL prospects.
5. Isaiah Simmons, OLB, Clemson 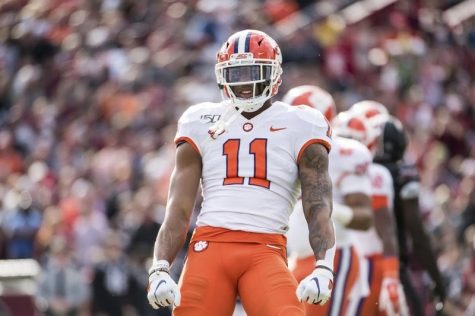 Being the 2019 Butkus Award winner, the junior linebacker has been the heart of Clemson’s dominant defense. He has been a part of Clemson’s 2018 National Championship team, as well as being named as a 2019 unanimous first-team All-American, 2019 first-team All-ACC, and the 2019 ACC Defensive Player of the Year. He is placed 19th in the nation in solo tackles (67), and leads the Tigers in total tackles (104), sacks (7), and sack yards (41). He has also recorded 37 assisted tackles, 6 defended passes, 1 forced fumble, 3 interceptions, and 42 interception yards.
4. Jeff Okudah, CB, Ohio State 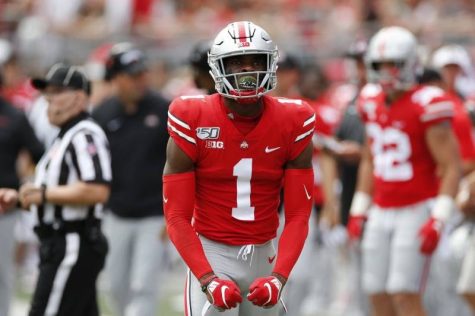 Having been named as a 2016 USA Today High School All-American while attending South Grand Prairie High School in Grand Prairie, Texas, the junior cornerback has been an integral part of Ohio State’s defensive effort. He has been named as a 2019 unanimous first-team All-American and 2019 first-team All-Big Ten. He leads the Buckeyes in interceptions (3). He also has 35 total tackles (29 solo, 6 assisted), 9 defended passes, and 2 forced fumbles.
3. Jerry Jeudy, WR, Alabama 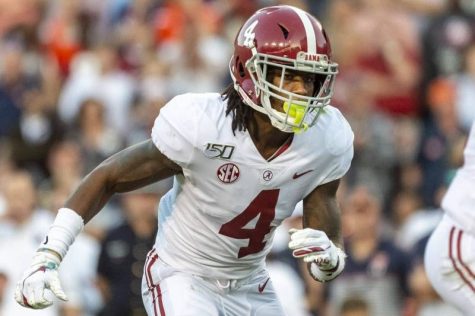 Photo courtesy of Vasha Hunt/Associated Press.Having been named as a 2016 USA Today High School All-American while attending Deerfield Beach High School in Deerfield Beach, Florida, the junior wide receiver has proved to be a crucial part of the Crimson Tide’s offense. He has been a part of Alabama’s 2017 National Championship team, winning the 2018 Fred Biletnikoff Award and being named as a 2018 consensus All-American as well as a 2-time first-team All-SEC player (2018, 2019). He is currently 22 in the country in receptions (77), 20 in total receiving yards (1,163), and 25 in passing touchdowns (10).
2. Joe Burrow, QB, LSU 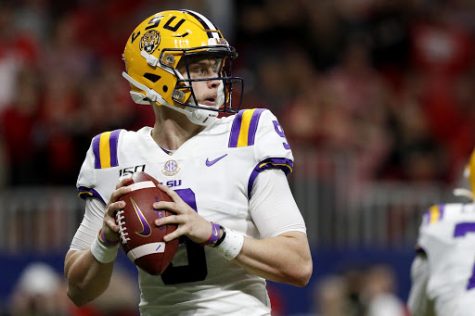 Having been named Ohio Mr. Football in 2014 while attending Athens High School in The Plains, Ohio, Burrow is both talented and decorated under center. He has won the 2019 Heisman Trophy, 2019 SEC Championship, and 2019 College Football Playoff National Championship, and being named as a 2019 unanimous first-team All-American, and 2019 first-team All-SEC, as well as being named the 2019 Associated Press College Football Player of the Year. He is also a SEC single-season record-breaker, holding the records for passing yards (5,671), touchdowns (60), completion percentage (76.3%), and passing efficiency rating (202.0). As far as possible destinations go, the Cincinnati Bengals have seemed to have gone all in on the Ohio-reared senior quarterback.
1. Chase Young, DE, Ohio State 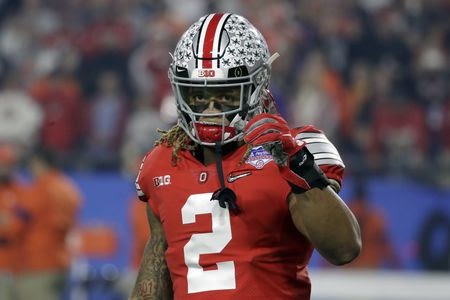 Having been named as a 2016 USA Today High School All-American while attending DeMatha Catholic High School in Hyattsville, Maryland, Young has been the phenom at the heart of Ohio State’s defense. He has won the 2019 Chicago Tribune Silver Football, and has been named as a 2019 Heisman Trophy finalist, 2019 unanimous All-American, and 2019 first-team All-Big Ten. He leads the Buckeyes in sack yards (117) and forced fumbles (6), and leads the nation in sacks (16.5). He has also recorded 46 tackles (32 solo, 14 assisted), and 3 defended passes. Where draft destinations are concerned, the Washington Redskins are said to be locked in on the Upper Marlboro-born junior defensive end.