The negative effects sports have on student-athletes' mental health 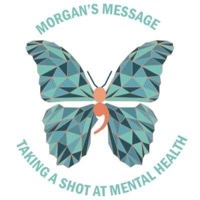 As Battlefield students start the last quarter of a nontraditional year, the dial on students’ stress begins to turn up as spring sports, AP exams, finals, and graduation arise. Although these stressors do not discriminate against student demographics, student–athletes are notorious for their compromised mental states as their stress levels tend to be higher than non-athletes.

Generally, high school athletes receive the most pressure in sports from their parents. Many parents push the idea of perusing sports to secure college athletic scholarships. This pressure often leaves teenagers feeling forced to fulfill their parents’ dream of perusing athletics because of the time and money their parents spent in their youth. Out of respect for their parents and wanting to make them proud, athletes continue to dedicate copious amounts of time and energy into a sport they are not passionate about. Josh Lazor, a freshman bobcat that plays multiple sports, says, “parental pressure affects kids in multiple ways. But parental pressures cause kids to lose their love of the game and want to quit to play video games and sit inside all day.” A different type of parental pressure in sports comes from the infamously named “sideline ghosts”: parents haunted by their past in athletics. The weight of living up to their parents and the standard they set is overbearing. Parents like this often criticize their children’s games and performance disguising it as “tough love”.

The pressure student athletes receive from coaches can be damaging to one’s mental health as well. Although a coach’s job is to help further student’s athletic careers with advice, constructive criticism, and strategy, some have the mindset that there is only value in winning. Elite sports teams even advertise themselves as “winning” teams that develop “elite”, “professional” and “Olympic” level players.  These words hold a lot of expectation and leads to unnecessary pressure to meet professional levels as teenagers.

Yet another pressure put on athletes is the possibility of injury. Although injuries at this level are usually not too serious, there is always the risk of a career ending injury that can put players out of the game long term. In an interview with the Atlantic, a high school D1 committed lacrosse player, Isabella, recounted her mental health after she tore her ACL in a lacrosse game, “Lacrosse was a way to get attention—it filled that need. I’d grown up playing lacrosse, and I had no other hobbies. So when you don’t have it, you’re like, what am I going to do?” Isabella revealed that she had developed an eating disorder after turning to food as a method of coping with being out of the game for 8 months. This is a common feeling felt by many injured players and can often lead to negative thoughts and feelings.

Fortunately, there are many resources that are available to help student athletes seek support.  Specifically at Battlefield, there is a club called Morgan’s Message that brings awareness to student athletes’ mental health. Battlefield’s Morgan’s Message is a chapter of a larger non-profit organization in honor of Morgan Rodgers, who lost her battle with mental health after a serious knee injury. Rebecca Bartheld, a junior and co-founder of the club at Battlefield, said her purpose for starting the club at school was because, “I feel that athlete’s mental health is something that is continuously pushed under the rug and never talked about. Talking about your mental health can feel like a weakness, but by talking about it more and more, I hope that athletes can become more open with their feelings and emotions. Feeling certain emotions is completely normal.”  It is important for athletes to recognize they are not alone in their struggles with mental health and there are people who care and want to help them not suffer in silence.