A detailed look into the upcoming winter sports season 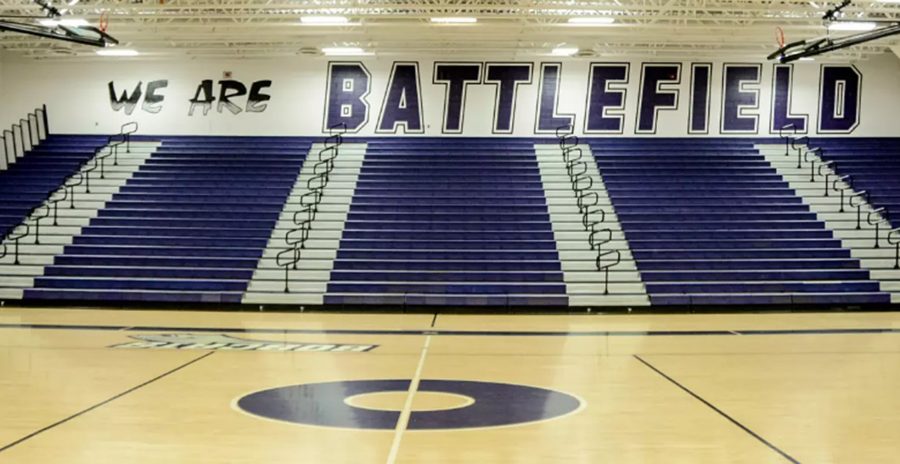 Battlefield has six varsity winter sports teams; girls and boys basketball, wrestling, swim, gymnastics, and indoor track. Their seasons start in early December and in some cases they run until the middle of February. Tryouts for each sport will be happening later this month. Many of the teams have already been holding workouts in preparation for tryouts and the season to follow.

In the 2015-2016 season the Lady Bobcats had their best season in school history, finishing the season with 22 wins and three losses. They also won their first conference title ever. Senior Ahlia Moone believes that the team will have another great season. Recognizing that there will be stiff competition this year, she stated that, “We have a new group of freshmen who are really talented and all of the returning players have been practicing really hard as well.” Moone would like to see the team not only win districts again, but would like to see the team win regionals and go as far as possible during states.

Last year the Boys Basketball team had a final record 22 wins and seven losses. They won their conference tournament, the regional title, and they also made it to the state semi finals. Junior Brayden Gault, who has been a member of the Battlefield High School Boys Varsity Basketball team since his freshman year says, “Our team’s goal is to win the State Championship, we have all the talent to do so and we won’t sell ourselves short of that.” So clearly expectations are high for the coming season after the team’s stunning season last year. To reach these goals Gault says, “We need to build on the way we were playing at the end of last season … we just have to play as a team and everything will fall into place.”

Last season the Wrestling team won regionals and finished second in the state. Senior River Curtis is a veteran of the Wrestling team, winning states all three years that he has been on the team. On his personal performance last year Curtis says, “I did alright, I didn’t do as good as I wanted to at bigger tournaments, but I won states again.” To do better than last season Curtis says, “I’ve been working really hard in the off season so I’m prepared for the bigger and tougher tourneys this year.” Commentating on the team as a whole, Curtis says, “We’re gonna have a young team this year, we don’t have that many seniors on the team so we’ll see how things play out but I think we can still do very well as a team.”

In the 2015-2016 season the girls swim team won their conference title, while the boys finished third in their conference. Both teams went to regionals but only nine members of the girls team carried on to the state meet. None of the boys team qualified for the state meet. Senior member of the team, Thomas Muldowney is confident that this year’s season will be the best one yet. He added that the rising class of 2020 will bring a lot to the team, stating that, “We have some incoming freshmen who are really good and they’re going to help out the team a lot.” While the girls’ goal is to win their conference title again, Muldowney added that sending as many people to regionals and states as possible is very important to the team.

In the 2015-2016 season the Gymnastics team went undefeated at seven meets. While the whole team qualified for regionals, only three members made it to states. Sophomore Caitlyn Murphy is a returning member of the team. Murphy says, “At regionals you have to get top two, but we got third last year, so we want to get top two [this season] to make it to states as a team.” Murphy also adds, “This year we have a lot of talent and there are a lot of returners, hopefully there will be new people too, but I think we will do really well this season.”

Although many of their runners were injured, last year the Indoor Track team pulled through and won the conference title. Senior Lauren Hoffman has high expectations of the team for the upcoming season, because she knows what the new members of the team have to offer and how hard they have been preparing. “They’ve been training all year” Hoffman states, “We used to train a couple weeks before tryouts but we’ve been doing weight room stuff in the fall and summer and doing workouts at Long Park.” She would like to see the team, both girls and guys, win the conference championship against Patriot and Osborne Park and get as many people as possible to qualify for the state meet.

It is shaping up to be a great season for the bobcat winter sports teams! The class of 2020 is expected to add a lot of new talent to the programs, and the upperclassmen will put forth the same effort and capability that they have shown in previous years. If anyone is interested in coming out and supporting Battlefield’s winter sports teams, full schedules for each team can be found on bobcatsathletics.org.